Hugh has a varied small and large  animal practice with the added challenges of an island location and Jersey
Zoo. He is also interested in marine mammals, bats and  tortoises to name but a few of his more unusual  patients.

Hugh delivered an entertaining talk : The Same but  Different
– looking at the similarities  and differences between medical and veterinary practice. 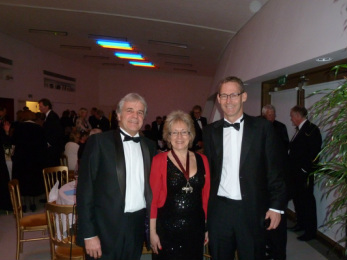 51 members and their guests attended The secretary reported on the previous meeting in March, and also on the success of the Farm walk, cricket match and golf match over the summer. The summer ball was cancelled as only 31 tickets were sold. This resulted in the loss of the deposit. The secretary urged attending members to continue to encourage colleagues to attend the meetings and to make it their personal challenge to “bring a Friend” to the next meeting – particularly younger colleagues who may never have been to a meeting before!

Dr Casale has produced a CD of Colchester’s Caring Past which was displayed. It contains images of historical medical events and places in and around Colchester and is available from Dr Casale for £10. Proceeds from the sale of the CD will go towards upkeep of the medical archive.

The secretary had been approached by Channel 4 Television looking for clinicians willing to be involved in a documentary on the changing social attitudes in British Society in relation to Doctors, police, teachers etc. Contact details for the TV company are available  from the secretary.

There was a change to the advertised programme as the speaker lost his voice to a virus and withdrew at lunchtime on the day of the meeting. Andrew St Joseph nobly stepped into the breach and spoke about future planning for management of flood risk along the Essex coast – “Educating Jaywick”. He pointed out how difficult it is to motivate people to prepare for potential catastrophe when the incremental changes are so small as to be almost imperceptible – illustrating his points with information on sea level rise and weather dependent tidal variations. He drew a parallel between his continuity of relationships with farmers on the coast and the trust that he has built up working with them for forty years, and the relationship of clinician and patient in trying to alter adverse patient behaviours to improve health outcomes.

The vote of thanks was given by Dr Faerestrand who expressed her extreme gratitude and likened Andrew’s stepping into the breach to that of the small boy sticking his finger in the dyke.

There was then a raffle in aid of Help for Heroes with prizes including Lay and Wheeler tokens, a Bottle of fine Malt Whiskey or a Magnum of wine , a box of jars of Tipree jam or jars of Essex Honey, a joint of beef, various shop tokens etc.
The generosity of the members raised £280 .

Visit to the Colchester’s Caring Past  exhibition in the Primary Care Centre
and also the Medical Museum at the Post Graduate Centre.

A successful and enjoyable event - some three dozen people attended
including CMS members and a group from the Colchester Antique Collectors' Club.

Now becoming  an annual event –  sometimes sunny, sometimes muddy,
but always tea in the barn after a walk down to the Sea Wall!

In the 1930s businessman and Rotarian, Alec Blaxill, played a major role in organising the first local blood  transfusion service.
His contribution to this vital medical service was extraordinary.          Speakers:

What does not decline as we get  older?

Robert Logie’s  research  interests are focused on human memory in the healthy, ageing, and  damaged brain.  His approach is both theoretical and applied, with projects  ranging from working  memory in healthy adults, through cognitive decline in  healthy ageing and in neurodegenerative disease. Robert is a  highly respected  author of over 230 publications he is regularlyapproached by the print and
broadcast media regarding aspects of human memory, and has been an expert  consultant for the BBC and for Reader’s Digest. 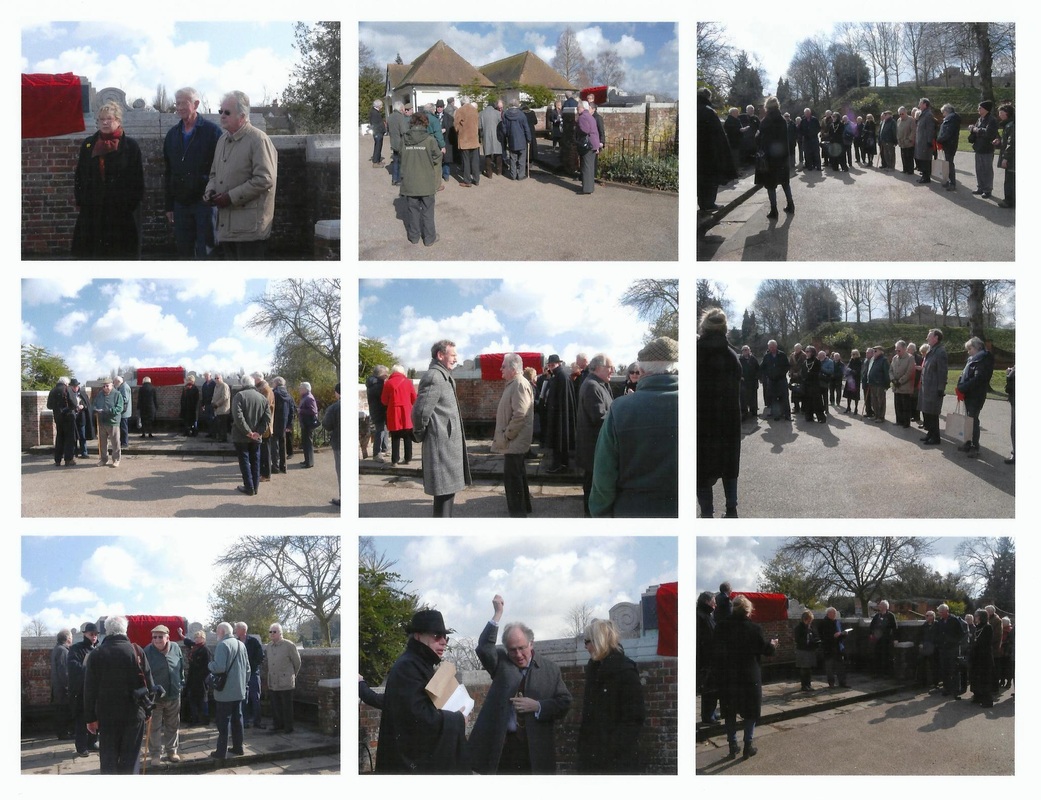 The outgoing president Mr A Beckingsale  thanked members, the secretary and his wife Deidre for their support during his  year. He welcomed the 2013 President Dr Wendy Faerestrand and passed the ceremonial rhino to her.

The secretary welcomed everyone to the first meeting of the year and gave a brief report of the last two meetings:

The Charity Ball in November 2012 raised  £1915 to be divided between the RMBF and the RNIB. The secretary reminded members of the previous tradition of charitable support from the Society. Dr  Faerestrand has chosen as her charity for 2013, Help for Heroes. This is in acknowledgement of the work done by Harvey and Wendy’s son Nick who is in the RAMC and has served in Afghanistan. The work that Help for Heroes does in  reconstructing the lives of injured service men and women complements well the  life saving work that Nick and his colleagues do overseas.

Members are invited to consider a   donation for Help for Heroes in lieu of the cost of an event that they are  unable to attend.

The September meeting was at Firstsite,  a new venue for the society and one which will be used again in November  2013.

Members were encouraged to see full  accounts and photographs of these meetings on the website.

There were no deaths of members to  report

Dr Faerestrand then spoke on “Galileo, Hero or Heretic”, explaining that her choice of subject originated from her early love of mathematics – almost as a career choice instead of medicine.   Including accounts of Galileo’s early life and contempories, she showed us the  breadth and clarity of his ideas which has led to him being known as “the   father of science”. He introduced the idea of experimental testing of a theory  by dropping balls of different weights from the leaning Tower of Pisa to show  that the effect of gravity was such that they landed simultaneously. He later  developed the radical notion that the Earth and other planets rotate around the
sun supporting the Copernican view, against the accepted wisdom that the Earth  was the centre of the universe. For this he was tried by the Roman Inquisition and convicted as a heretic, living out his days under effectively house arrest –  spared at least from execution.

The vote of thanks was given by Mr Beckingsale, who concluded that in his opinion Galileo was a hero.