We have restarted this group and would be very pleased to hear from interested members.

1. Notification of meetings of the Society will, in future, be done electronically wherever possible.
It behoves the members to notify the Secretary of their correct e-mail address
and changes thereof.

3. The only significant changes are: a. prospective members, on completion of the appropriate  forms, will be elected and dined in at the same meeting.   b. Life Membership is abolished (with increasing membership it was too difficult to manage), the category of Associate membership is established .
2011 EVENTS

Cardiac physician and watercolourist Dr Winston took time from his teaching at Dedham to present and discuss his work.
Members brought along other paintings for discussion.
Our thanks to Mr and Mrs Neil Orr for hosting the evening which was attended by some three dozen members and guests.

Dr Winston's work can be seen at www.winstonoh.com

Ms Deirde Nowell is a former D.S. in the Essex police with 31 years experience. In the last 20 years she has specialised in the investigation of homicide. This year Ms Nowell was awarded the national Association of Chief Police Officers (ACPO) Homicide Working Group Award for her contribution to homicide investigation.

Dr Hall is a Life Member of The Colchester Medical Society and a founder chair of the steering committee for St Helena Hospice
1979-85 where she was Medical director 1985-2003. Dr Hall was a Clinical assistant in Oncology  from 1978-2010
and served as a Medical officer to Family Planning clinics and clinical medical officer 1969-85.
Non-medical civic duties included serving as a Magistrate 1979-2003

Dr Helen James, President, Colchester Medical Society addressed the Society
on the subject of Achievement at a price.

Dr James was a medical registrar in gastroenterology and clinical haematology from 1970-73.She entered general practice in 1973
and was a police surgeon for more than 25 years. In addition she was a Medical officer to BJA and was a media Spokesperson for
the British Sports Council for BBC Newsnight and BBC Radio 5 Live etc.  Dr James was a Member of the British Olympic Association delegation to the 1996 Olympic Games in Atlanta and is a Medical commissioner to the International Judo Federation 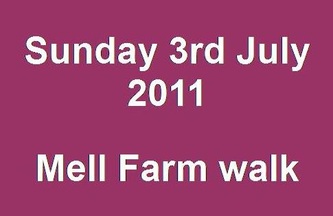 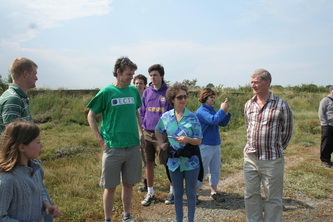 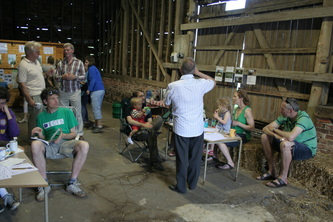 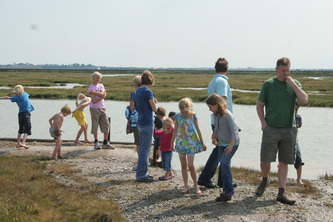 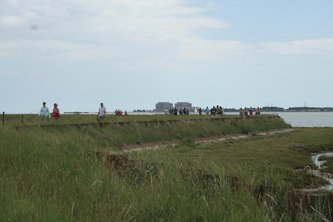 Forty members of the Medical Society and their children gathered at Mell Farm for the first Medical Society Farm Walk. We started with a brief  treasure hunt in the wood and once everyone had arrived set off for a walk around the sea wall. Gentle progress was made, taking in paddling at the jetty, sunbathing on the shingle beach and mud collection - no clean children at the end.  Back to the farmyard for tea, cakes and more cakes in the barn, with the cattle watching in amazement at the number of people in their yard. The afternoon gave plenty of time for chatting as well as exercise and hopefully all children - and Medical Society members - slept well that night.  This event will be repeated next year, so watch out for notice of the date!